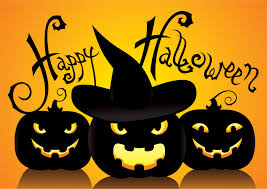 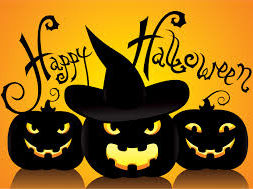 Halloween is here!  Some people love dressing up, and some just want to view today as just another day.  Regardless, of how you treat today, there are some notable sneakers out there that embody this holiday.  Check out our favorite Halloween friendly sneakers.

These are hands down my favorite Halloween sneakers.  They’re creepy!  They represent everything that a spooky Halloween should be!  Oh, and they pay homage to the villain of nightmares.  They come complete with most of the design being that of the striped sweater worn by Freddy.  Details of the shoe include blood spatter, as they should. 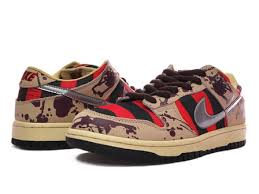 These are also inspired of one of our favorite horror film antagonists.  The Friday The 13th movie franchise introduced audiences to Jason Voorhees, a hockey mask wearing, machete carrying psychopath that to enjoys terrorizing people everywhere.  The sneakers feature a colorway inspired by the character.  The white is inspired by the Detroit Red Wings hockey mask that he wears and the red is cued from the massive amount of blood that is shed when he attacks.  The red toe box will fade over time, revealing a different color. 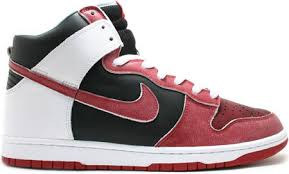 Vans Glow In The Dark Skeleton

The Vans classic slip-on got a spooky reboot for these Halloween inspired kicks.  The shoes feature black canvas upper and the traditional white sole with skeleton graphics on the top which mimic a foot.  Did we mention the best part?  The skeleton bones glow in the dark! 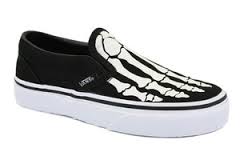 These shoes are just plain creepy.  They feature white canvas print with a red blood splatter print, and a grey swoosh to set the shoe off.  These are perfect for Halloween or with your everyday look, if you don’t mind people thinking that you’re Dexter or work in a slaughter house. 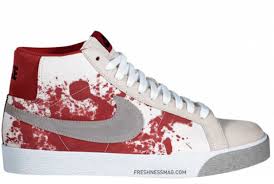 These shoes honor the “day of the dead” celebration of Mexico in which people remember and honor those that have passed.  The celebration begins on October 31st and ends On November 2nd.  They feature a mostly orange colorway and are detailed with black printed with various skeletons and other images associated with the celebration. 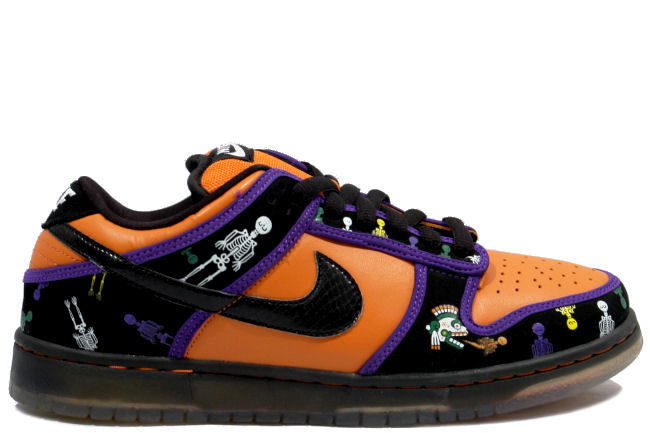 In 2015, basketball giant Lebron James released a Halloween inspired pair of kicks.  The sneakers feature a white upper with blood splatter details.  Originally, called “Friday The 13th” as an ode to the movie franchise, due to legal issues they were renamed, “Horror Flick.” 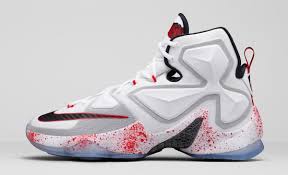 Back on October 25, 2013, Reebok released these fun Halloween inspired sneakers.  The sneaker feature orange with black details offering traditional Halloween colors.  They also have the famous Reebok Pump technology AND glow in the dark. 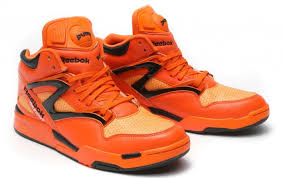 Adidas revamped the basketball retro shoe for Halloween.  The company ditched their iconic three stripes and replaced them with a white skeleton graphic.

Who wouldn’t love a pair of sneakers inspired by one of the most recognizable monster ever.  These AF1s are two shades of green to represent the skin tone associated with Frankenstein.  The swoosh is silver, the same as the bolts in the monster’s neck.  The most fun detail of the shoes are the orange stitches on the toe of the shoe. 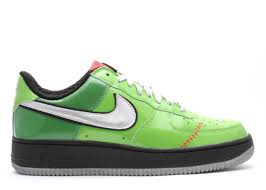 Black cats, stepping on cracks, walking under ladders, opening an umbrella inside and the number 13 are all famous superstitions.  The “Unlucky” Dunk Highs embrace the concept of the not so fortunate number 13.  The shoes offer a black leather and suede design with the number 13 stitched near the toe of the shoe in red old english font.  The shoes were toggled and sold as a pack with the “Lucky” version of the shoe which features a gold and green shoe and the number 7 stitched near the toe. 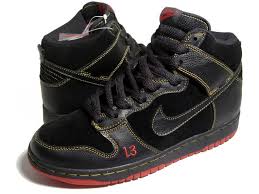 One of the first Halloween inspired designed shoes came back in 2005 in the form of these Air Force 1s.  The shoes are patent leather and are half orange and half black.  They feature a ghoulish like character stitched on the heels of both shoes. 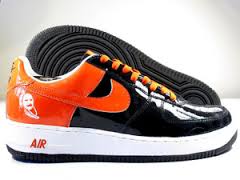 Released this year, Reebok has offered us a all black leather InstaPump complete with metallic heel studs and a silver toe to give the shoe a bad ass look.  The pump features a skull graphic to complete the look. 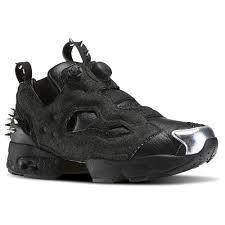 Brian Schroeder aka Pushead is an artist, record label owner, and writer specializing in hadrcore punk and heavy metal.  Pushead has created artwork for various bands including Metallica, and Travis Barker.  In December 2005 Nike released a collaboration with the artist.  The sneakers are recognizable by their red and pink hues and include Pushead’s logo on the heel. 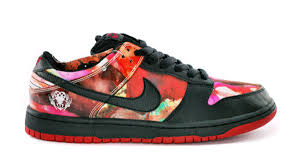 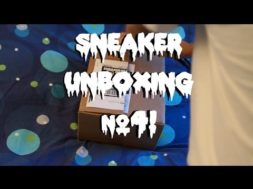 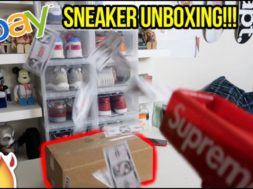 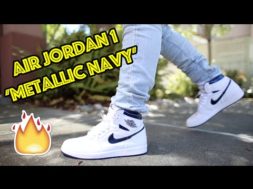 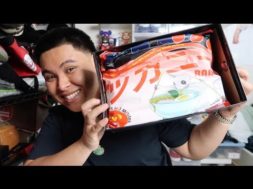 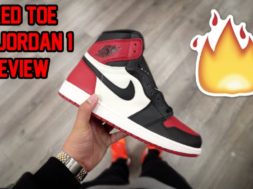 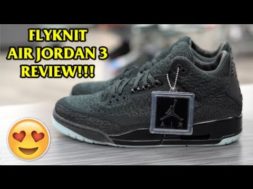